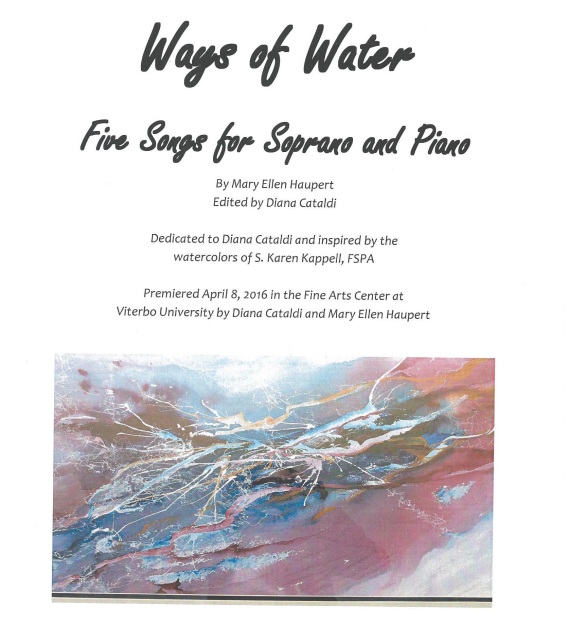 SKU:
$0.00
Unavailable
per item
Ways of Water - Five Songs for Soprano and PIano (2015) for Diana Cataldi, inspired by the watercolors of S. Karen Kappell, FSPA.

V. Ocean Gale (Henry David Thoreau)
For half a mile from the shore,
It was one mass of white breakers;
We could hardly hear speech.
It was a gale,
An Ocean gale.
It was the ocean, in a gale;
A clear, cold day,
With only one sail,
Which labored much
To see the harbor.
It was a gale,
An ocean gale.
Add to Cart
Proudly powered by Weebly